As we approach a new decade, Joe and I have obtained THE turd of the past decade (if not the entire 21st century) for our collection. It's a 59 burst that had been refinned Candy Apple Red decades ago. How do we know its a burst? First of all, it has factory large frets. Secondly, look at the original paint in the pickup cavities. Thirdly, the location of the Gibson logo. Check out the flamey center seam top. Finally, the pots are dated the 7th week of 1959. Collectively...what do all of these add unmistakenly up to? A 1959 burst!

Check out the flame. It's identical to those guitars, including Nicky and Snakebite, in the 9 19xx serial number range.

Enjoy the pics. We'll keep you posted, every step of the way, with the restoration project. 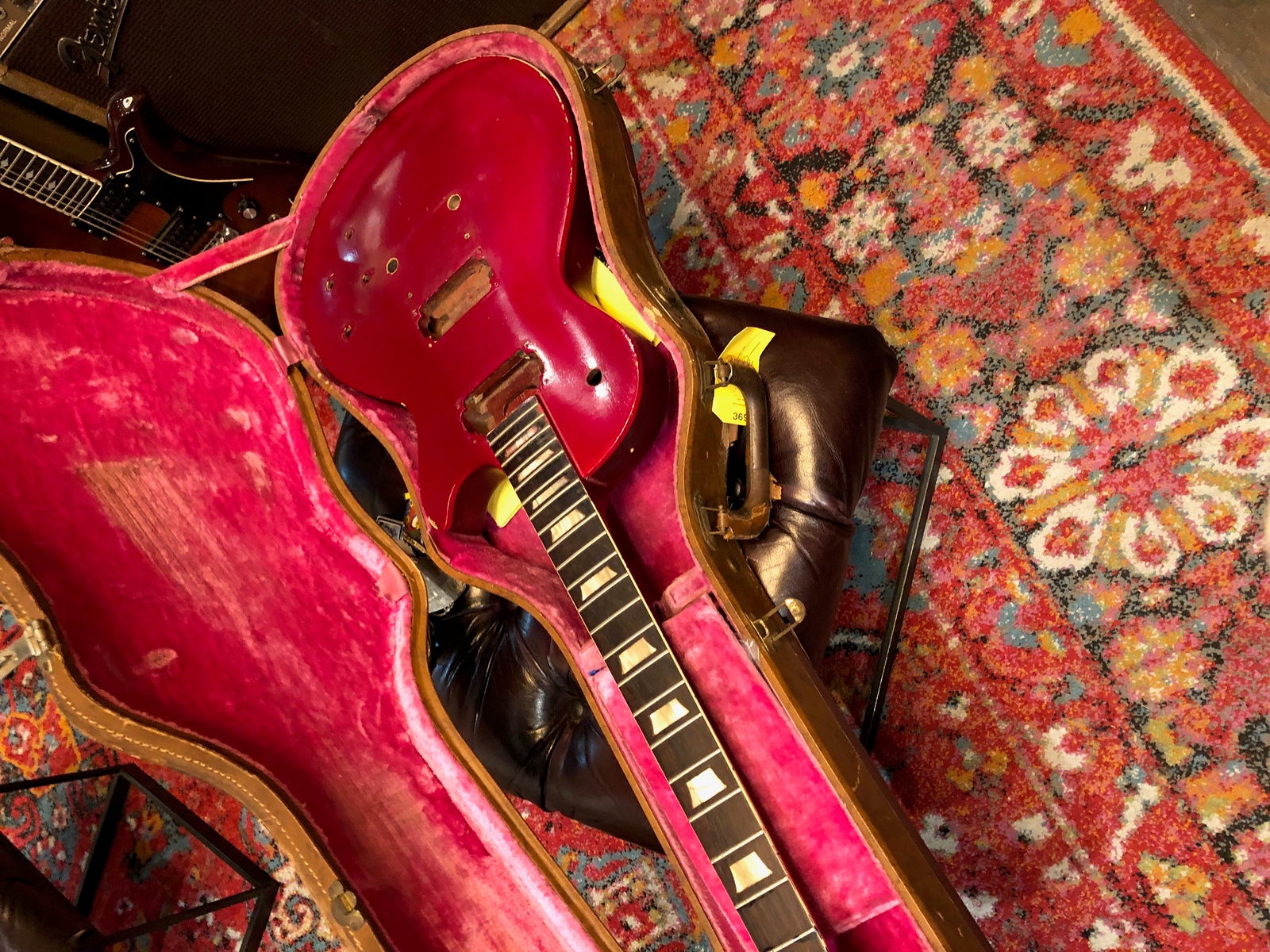 IMO with regard to the continuum of vintage guitar "turdness", this guitar doesn't really qualify as "the ultimate turd". A turd for sure, however, several other turd guitars in your collection deserve that distinction. For example your 1959 Les Paul double-cut Junior in TV yellow comes to mind. That guitar requires the administration of a tetanus shot before opening the case. That's an order of magnitude more turdley than this guitar! :laugh2:

Wow that's cool but when the restoration is done I'd think this one will no longer qualify for turddom.

It's gonna be killer.

I was able to take a look at it in person a couple of weeks ago. It looks right to me too and it seems very lightweight. The headstock break could use a more competent repair, but I'm sure you guys will do right by this guitar. Great save!:salude

Hey Guys,
Well, it all started with a frozen meatball re-heated with marginally decent pasta sauce a few weeks ago at Barones' Italian Restaurant in Van Nuys CA. I was attending our holiday gathering of like minded guitar nerds in Los Angeles for our last dinner of the year. My friend David, came in with the Red Thing that he posted a month before and my radar immediately went off after spotting that neck tenon. At first without seeing any of the parts and David saying he thought the PAFs were double whites ( they are not, double blacks) I said we might have a double 0 on our hands. Its got a big-ish neck. I spoke to David about what the owner wanted to do with it. He said he wanted it to be restored to its original sunburst. He bought it in 1963 for $100 stripped it and painted it Candy Apple Red about 5 years later. He came into David's shop armed with a Sweetwater catalog and a circled 2019 Les Paul Standard in sunburst " This is what it looked like before I stripped it". I made David an offer that night and asked to contact the owner. The next day I looked at the parts which are all correct ( rings, Double black PAFs, harness (7th week of 59 and the smoking gun along with the factory large frets, until the top was stripped) wiring , knobs ect. My offer was accepted (he did well... and nobody got ripped off) and the guitar was off to Kim at Historic Makeovers the next day. Two days later Kim sent me a picture of a center seam. ( thank God!) and on Monday his team stripped it. Its Carmelita, Nicky, Snakebite wood for sure. Next step with a big help from JJ Blair with an original pick guard and backplates (only things that were missing) the guitar should be on the road this spring.

Great story. Can't wait to see what Kim does with it. I'm sure it'll be awesome :jim

What a great guitar!! :dude:

Is it safe to assume no traces of the original serial number remain under the red finish? A bit premature. :headbange....but if that's the case, it is inevitable suggestions for a new serial number will get kicked around. Any thoughts on that?
S

Thanks for sharing Joe - congrats guys!

Very nice story Joe glad to see you have this guitar it fell into a good home !!!

Very cool thread, good to see Joe and CD getting this puppy back up and running. :salude

Cool guitar and provenance! It should be fun to see what Kim does with it? Color in mind?:hmm

If it's a turd now, my guess is that title will soon fade. Maybe "Willie", since it's soon to be on the road again! Congrats guys!:dude:

My guess is it will be sprayed to look like a well faded example from the 9 19xx serial number range.

I absolutely adore the 9 19xx's

Subscribed to the renovation. 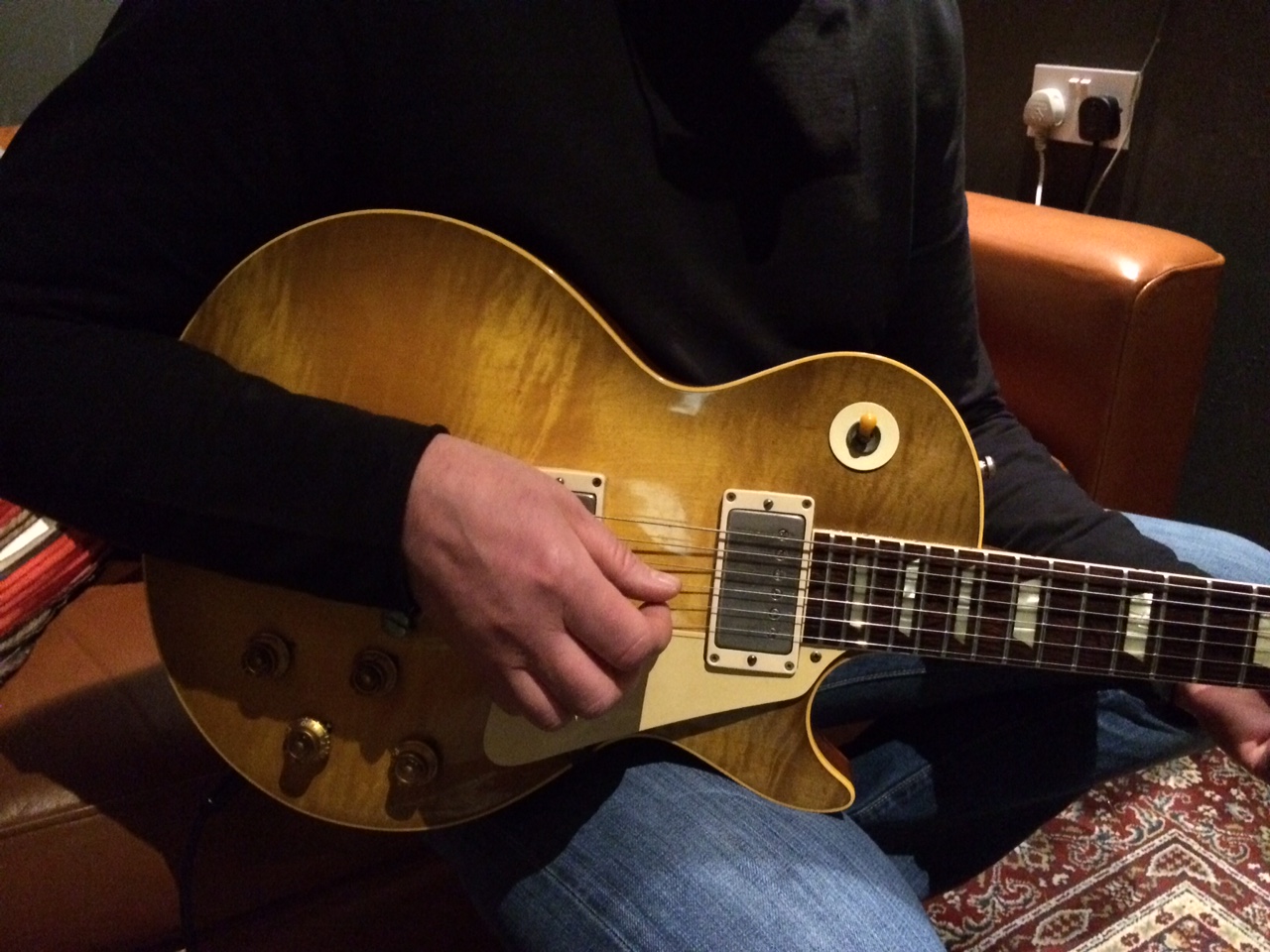 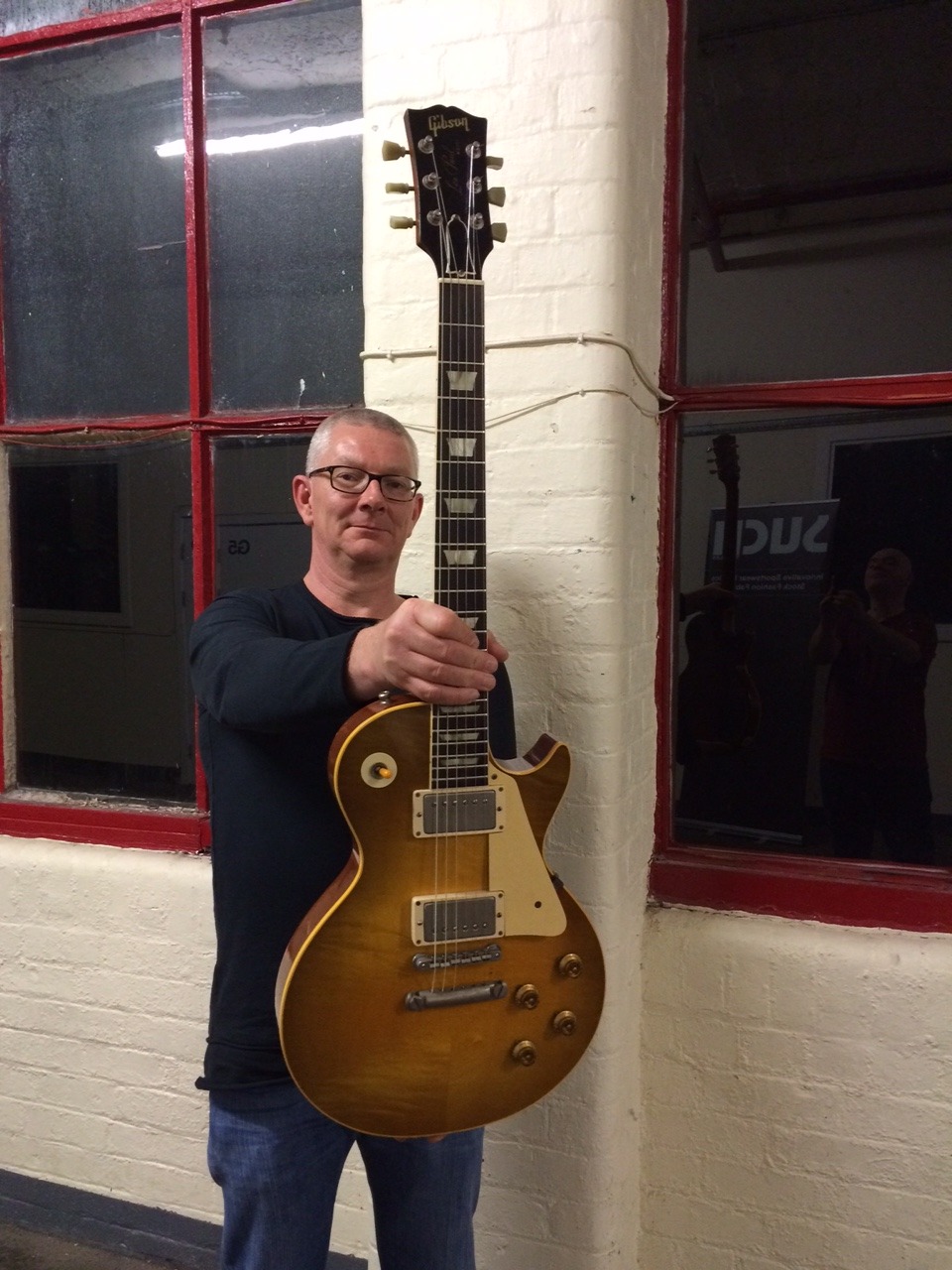 What a story!
That guitar is gonna be killer.
:dude: