Here is some information that might interest some about Jimmy Page’s use of his 1967 Vox Phantom XII electric twelve string guitar which he used on many tracks throughout his career, not least of which is the second album recording of the beautiful ballad “Thank You”. Studio notes taken from the book in the Super Deluxe edition of ‘Led Zeppelin II’ show that the track was recorded on June 25, 1969 at Morgan Studios, Willesden UK (Andy Johns engineering) the same day that “Living Loving Maid” (another track featuring the Vox Phantom XII) was recorded. The notes specially mention that Track 4 is “12 Str Elec”. 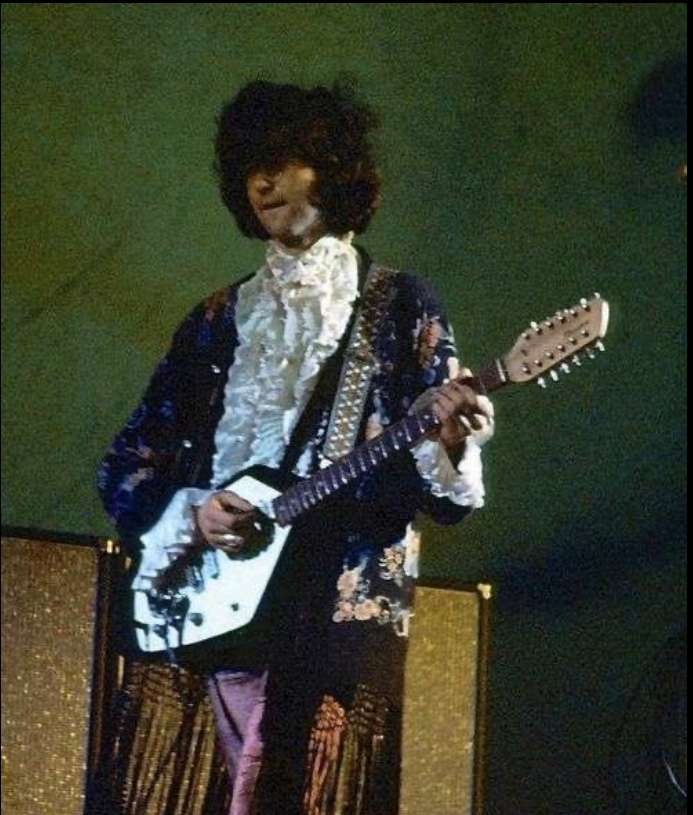 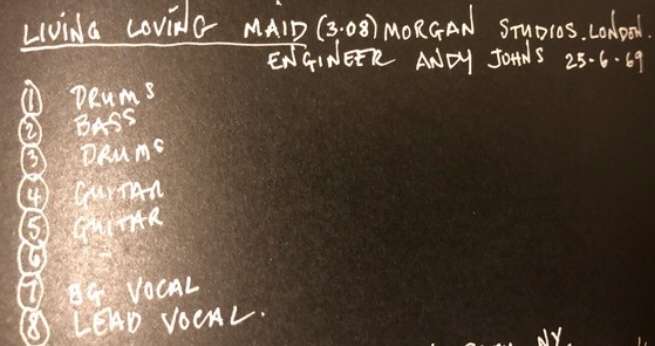 From the new book ‘Jimmy Page: The Anthology’ by Jimmy Page: 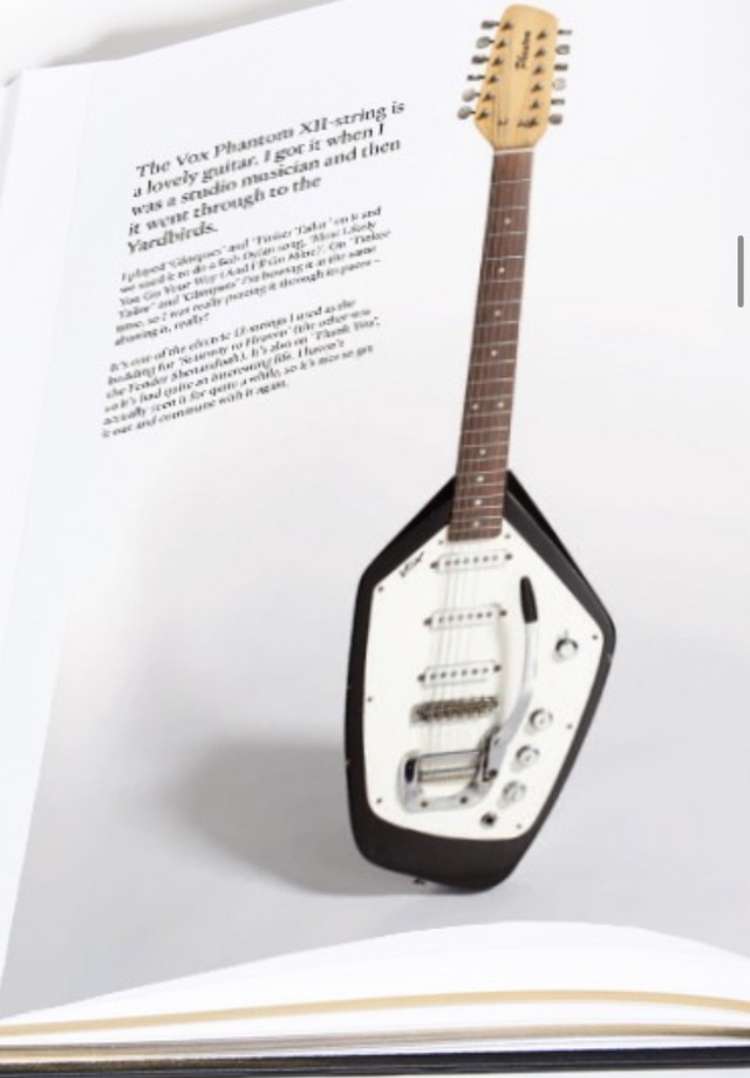 The Vox Phantom XII-string is a lovely guitar. I got it when I was a studio musician and then it went through to The Yardbirds.

I played “Glimpses” and “Tinker Tailor Soldier Sailor” on it and it was used to do a Bob Dylan song “Most Likely You’ll Go Your Way And I’ll Go Mine”. On “Tinker Tailor” and “Glimpses”, I’m bowing it at the same time, so I was really putting it through it’s paces, abusing it, really?

It’s one of the electric twelve strings I used in the building of the recording of “Stairway To Heaven”-the other was the Fender Electric XII. It’s also on “Thank You”, so it’s had quite an interesting life.

Guitar World May 1993 mentions that the Vox Phantom XII was used on the second album:
https://www.google.com/amp/s/classi...age-interview-with-guitar-world-may-1993/amp/

From the book ‘Led Zeppelin: The Story Behind Every Song’ by Jean-Michel Guesdon and Philippe Margotin:

https://books.google.com/books?id=9...&q=led zeppelin thank you vox Phantom&f=false
“Thank You” marked the start of a long and fruitful collaboration between Led Zeppelin and the chief sound engineer at Morgan Studios, Andy Johns (the brother of Glyn, who had engineered the group’s debut album). The track was cut in a day, June 25, 1969 indicating that the group was on form and brimming with confidence. JIMMY OPENS “THANK YOU” WITH AN INTRO ON ELECTRIC GUITAR, A 1967 VOX PHANTOM XII TWELVE-STRING ACQUIRED DURING HIS YARDBIRDS DAYS. The sound is strongly reminiscent of The Byrds, all the more so as he doubles the instrument with an acoustic guitar, his E-ROS Model 606 Dakota with it’s more crystalline sound.——The track acquires a new dynamism after the first verse, Bonham and Jones falling into a pop-like groove still the limits of slow rock. PAGE PLAYS HIS VOX PHANTOM and also adds a strummed acoustic, supported by the rich vibrato of the Hammond.

Vox Phantom XII
Another twelve string in his collection-this time a bit weirder-is the Vox Phantom XII. The guitar was used from his time in The Yardbirds, both on the album ‘Little Games’ and on some of the band’s live shows. The instrument also saw some action on “Living Loving Maid” and “Thank You”.

Guitar Player article 10-22-2019 ‘Ramble On: A Track-By-Track Breakdown of ‘Led Zeppelin II’ 50 Years Later’
https://www.google.com/amp/s/www.gu...k-breakdown-of-led-zeppelin-ii-50-years-later
“Thank You”
(Page, Plant)
Recorded at Morgan Studios in London in June 1969, Robert Plant’s emotional love song to his wife brought out the best in him and provided one of his finest vocal performances. Elsewhere in the arrangement, John Paul Jones excelled in Hammond organ, AND PAGE COMPLIMENTED IT ALL WITH SOME DELICATE PICKING USING HIS ‘67 VOX PHANTOM.

Guitar World January 9, 2015 article-Jimmy Page Revisits Two Of Led Zeppelin’s Most God-Like Albums, ‘IV’ and ‘Houses Of Holy’
https://www.google.com/amp/s/www.gu...zeppelin-s-most-god-albums-iv-and-houses-holy
Guitar World: What guitar did you use on “The Song Remains The Same”, was it the Gibson double-neck?

Page: No, I used a Fender 12-string in the studio. And before the Fender, I used a Vox 12-string. YOU CAN HEAR THE VOX ON THINGS LIKE “THANK YOU” AND “LIVING LOVING MAID” ON THE SECOND ALBUM.

Guitar World: Going back over both of these albums (Untitled fourth album and ‘Houses of The Holy’) it’s striking how much electric 12-string you used. What was the primary guitar?

Page: Well on “Stairway” I used both my VOX PHANTOM THAT I USED ON “THANK YOU” and my Fender Electric XII.

Guitar World: Did you use them for tonal differences?

Page: Not really. They both sort’ve sounded the same. It was more about how they played. They felt different. On “The Song Remains The Same”, it’s just the Fender.

There are a lot more references...

See the heading... "The Other Gibsons"? And the sub-heading... "The Topic area for discussions about other Gibsons... The ES Series, Carved Tops, Explorers, Flying Vs, Firebirds, Futuras, Acoustics, SGs and Epiphones that were made in the Gibson factory [c. 1958-1968]"?

Since a Vox is not a Gibson, take your topic here: https://www.lespaulforum.com/forum/forumdisplay.php?149-Cool-Non-Gibson-Guitars
G

JimR56 said:
See the heading... "The Other Gibsons"? And the sub-heading... "The Topic area for discussions about other Gibsons... The ES Series, Carved Tops, Explorers, Flying Vs, Firebirds, Futuras, Acoustics, SGs and Epiphones that were made in the Gibson factory [c. 1958-1968]"?

Since a Vox is not a Gibson, take your topic here: https://www.lespaulforum.com/forum/forumdisplay.php?149-Cool-Non-Gibson-Guitars
Click to expand...