I have a Dunlop cry baby, but wondering what others might use that doesn't "thin" your tone out so much (if any) ?
A

I prefer Morley wah pedals. I use the "Mini-Maverick" and it rocks.

au_rick said:
I have a Dunlop cry baby, but wondering what others might use that doesn't "thin" your tone out so much (if any) ?
Click to expand...

I use a multi-effect pedal from Digitech. Several whah voices with adjustable parameters. Sounds great.

You'll get a lot of suggestions. Throw Teese onto the pile, I've liked all of their models that I have tried. But a stock Vox reissue with Fasel will do a great job, too.

Just bought one of these, RMC4 Picture Wah with the Castledine mod; once I learn how to use the bugger properly I'll extol it's virtues, until then it's Isaac Hayes all the way, even though I'm not trying to play Isaac Hayes...

More voice and dark like is the Cantrell Dunlop https://www.jimdunlop.com/jerry-cantrell-cry-baby-wah/

I wish I had my old Vox wah wah that I had back in the '70s, but alas, she's gone. I have a couple of newer ones, but I'd have to say that I like my Fulltone "Clyde" the best out of the three wahs I have.

I bought a mini wah because I don't use one much.

It was a cheap one from China.

It is called a "HOTONE".

Not sure if it was a HOT ONE or a HO TONE.

I have the Dunlop Cry Baby 535 since 1994 and it works great and has the circular knob on the right side to dial in your own flavor of wah .

I have the Teese RMC Picture Wah. 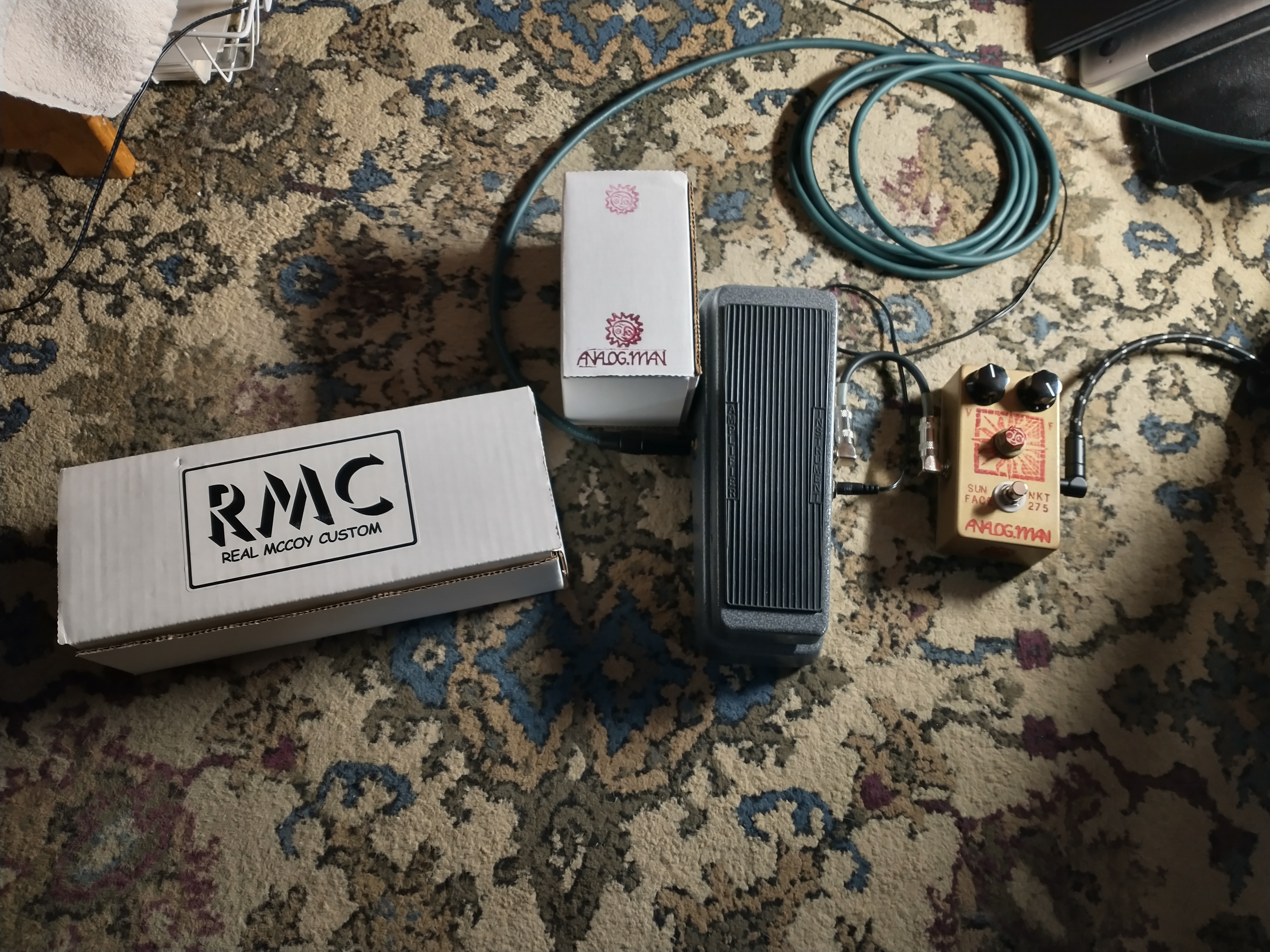 I have a Morley Optical Wah that I got in the 90s - no longer available as the 'optical' parts are banned these days. A mate of mine uses a Crybaby, which I assume is a Dunlop, rather than a Vox. Both sound great in the right... er, feet.
I have to say, I've been dabbling with a Helix over the last year, and while I've not been impressed with the effects on it, I have to say the expression pedal can be set up to do some wonderful things, including it's wah duties... though, I wouldn't recommend one on the strength of it.

I've heard loads of good things about the various RMC wahs without ever getting the chance to try one.

I have the Jam Pedals Wahcko and have to say it's pretty amazing, it certainly stands out in design too.
Last edited: Dec 18, 2021

I have a regular Crybaby that I rotated the pot a little bit, (moved the peice on the treadle out, and spun the pot by hand to get to the very end) and I prefer the voicing much more. I did that after reading that Jimi Hendrix did something similar to his.
It took a couple tries to get it to the point the pot wouldn't max out before the treadle itself, but worth it, IMO.
You might also want to try the Vox wahs - they have a bit darker tone than the Dunlop.
S

the JAM pedal is the best - hands down

I tried various Crybaby's and the Vox reissue over the years, but the Fulltone Clyde Deluxe is the best one I have owned.

The RMC clips that I’ve heard sound good but what is the difference between the Picture and the 10? What is an “Italian” wah sound?

Everyone will have their favorites.. I've been though a bunch including an original that I sold like a knucklehead. Going back through buying a bunch of Wah's over the years trying to capture the tone "in my mind" of the original that I had, I ended up with the RMC Real McCoy Picture Wah. I ordered mine directly from Teese, but I see they now can be brought at GC and other online stores.. Check one out it may be the sound your after. https://www.realmccoycustom.com/index.htm

CK6 said:
The RMC clips that I’ve heard sound good but what is the difference between the Picture and the 10? What is an “Italian” wah sound?

Nowhere near an expert on these pedals, but here's a bit of research i did before buying the RMC4. It may save you a little time, or may be completely useless. Either way here it is, hope it helps.