What affordable car have you always wanted?

These are cheap these days. BITD, my brother in law had one new. I just picked this one up at the start of the pandemic lockdown as a hobby. A real kick to drive. 16V "S" model is much quicker than the regular NA version at about 1/4 price of similar turbo models. I've been fixing bits here and there, even put in a chip that made a noticeable difference!

I'm another fan of the Miata - on the post-midlife crisis list.
I'm on my third Mazda, my wife on her second. I had a couple of 3's, then ended up needing an SUV style, so we got a CX-5. I Really like it except that it's an automatic transmission. I really prefer manuals.
Someday I'll get another.
|The other car from my past that I wouldn't mind again is a Fiero. Technically it was my brother who talked my parents into getting it when he got his license, it was an '86 SE, with Holley intake installed. 4 speed on a V6, 180+HP on a 1300 LB car. When he went off to college I sort of inherited it, till I got my own car a year or so later. It was so much fun though. I'd want a 87 or 88, those had far less issues than the earlier ones, Preferably 5 speed etc. But even those aren't really cheap anymore in decent condition.

My car desires have gotten mostly fulfilled at this stage of my life. Lately have wanted one of these though for me and the wife to putt around on the backroads and trails. I'm afraid at 66 it might not be a good idea. Falling off becomes a more serious issue now for either one of us. 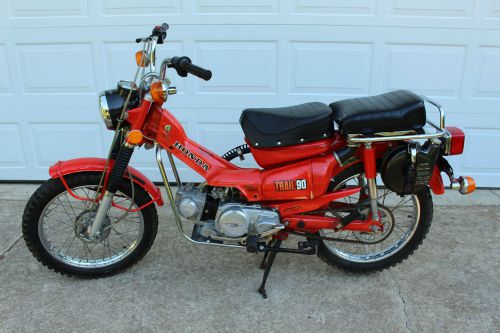 <style type="text/css"><!--td {border: 1px solid #ccc;}br {mso-data-placement:same-cell;}</style>I always dreamed about having an old Toyota supra and recently I got it. I found it on a Japanese auction and I bought it instantly. I thought I will have a lot of problems with car transportation, but thankfully I was wrong. One of my friends recommended me this company https://www.shipaa.com/cost-to-ship-a-car/, and they brought me the car in two weeks. I am very grateful to them as my dream of driving a 1998 Toyota supra became a reality. In case you also want to buy a car from another region or even country, you can also appeal to the company that helped me with car transportation. <style type="text/css">td {border: 1px solid #ccc;}br {mso-data-placement:same-cell;}</style>
Last edited: Dec 30, 2020

I always wanted a Honda NSX. They were a sleeper and quite affordable up until a few years ago, but supply and demand has seen prices skyrocket recently.