Untouched since 1964 les paul 1959 burst find. in near mint conditioin.

If it's the real deal, good for him. If not, oh well. Either way isn't going to make one bit of difference in my life.
S

Rambling sentences and a complete lack of paragraphs, what’s that about? Kinda appears visually on the page like those letters from Nigerian princes looking to help out hardworking folks with a big pile of money.

cr75 said:
My father sometimes spoke of a les paul he recieved for his 18th birthday, and as a high school graduation present. He wanted to learn to pIay the guitar but gave on it without much effort. So he said. 1965 he joined the army, and always said he loaned the guitar to a friend and lost touch, He was never concerned about it. Such is life was his attitude. My grandparents passed away in the 80's when I was young. My father passed away almost 6 years now. His younger sister lived in my grandmothers house, and she passed away last month. So this week the removal of things left behind has begun. While removing things from the shelves in the attic I saw a large object wrapped in thick black trash bags. As soon as I picked it up I knew it was a guitar case. I almost had a heart attack when I opened it up. As soon as I saw the brown 50's Gibson era case I knew what it was. Judging from the amount of dust it has been sitting there untouched for almost 55 years. The case shows a little wear. Mostly from being in an un climate controlled attic. When I opened the case I was shocked. The guitar is in near perfect condition. The nickel plated hardware has tarnished a bit. Seems mostly from case wear. There is a good bit of case candy, truss rod tool, and unopened pack of gibson strings, the hang price tag, and a receipt for $385 from what looks like Yeagers Music store in baltimore from october 1964. I called gibson and from the serial number it was produced from 1959-1960. The store is long gone so I don't know if it was new old stock, or used. It has a beautiful curly maple finish. Lemon drop from what I can tell. All this aside, I don't really know what to do with it. I play, and I love les pauls, but I don't need such a possibly valuable instrument. I could sell it and get custom shop true historic in the same finish. I don't really know where to take it or who to trust. It could be worth 100,000 or possibly much more. I have a few guitar centers in my area, but I really don't trust their opinion.
I'm in maryland. Does anyone have any advice where I'd get a fair deal. I'm willing to travel. I can post some pictures tomorrow. I don't know if I should reveal the serial number just yet though. Anyway, any help would be greatly appreciated.

Go to Nashville and go to Gruhn Guitars-https://guitars.com/ Ask to set an appt. with Mr. George Gruhn as he is the foremost authority on Vintage Guitars . Google him and it will verify his status in the vintage guitar community . Also Best Wishes !!!!!!!!
N

I'm sure the pictures will be on here any day now, as soon as the gentleman has time in between his clandestine interview with Elvis, developing his bigfoot photos and his private weekend away on the mothership...

he might be hurt by the comments, as he leafs through the piles thousand dollar bills.
S

What a time to be alive!

ADP said:
What a time to be alive!
Click to expand...

ya gotta love it 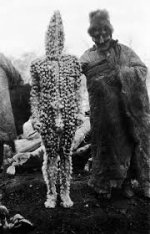 Im getting hungry can we go home ?

My grandkids will know about this!
R

NYCBURST said:
I'm sure the pictures will be on here any day now, as soon as the gentleman has time in between his clandestine interview with Elvis, developing his bigfoot photos and his private weekend away on the mothership...
Click to expand...

The possibility that this burst exists is smaller than Bigfoot having a child with Frankenstein and it looking pretty.
R

catawompus said:
The possibility that this burst exists is smaller than Bigfoot having a child with Frankenstein and it looking pretty.
Click to expand...

....so you’re saying there’s a chance

Something to consider extremely carefully ..... this thread has been viewed over 8000 times and in the event the Burst is real will break a million views ............ easy

it may end up being THE classic thread in LPF history