‘just’ got a set of these pickups recently to put in my cs R8 - there doesn’t seem to be very much information about them on the web at all. So I thought I’d put some more information here (if that’s okay).

I was trying to find some pickups that’d both a) work in this particular guitar & sound a little bit knopfler-like & also be in the ‘ballpark’ of the pafs I’ve got in my other lp. I was also ‘really worried’ they’d be crap, or ‘generic’ having tried/heard so many other pickups. I was also taking a few ques from a burst owner here in the uk called Bob who has a lovely 58 with pafs in the low 7k range link here: Bobs burst 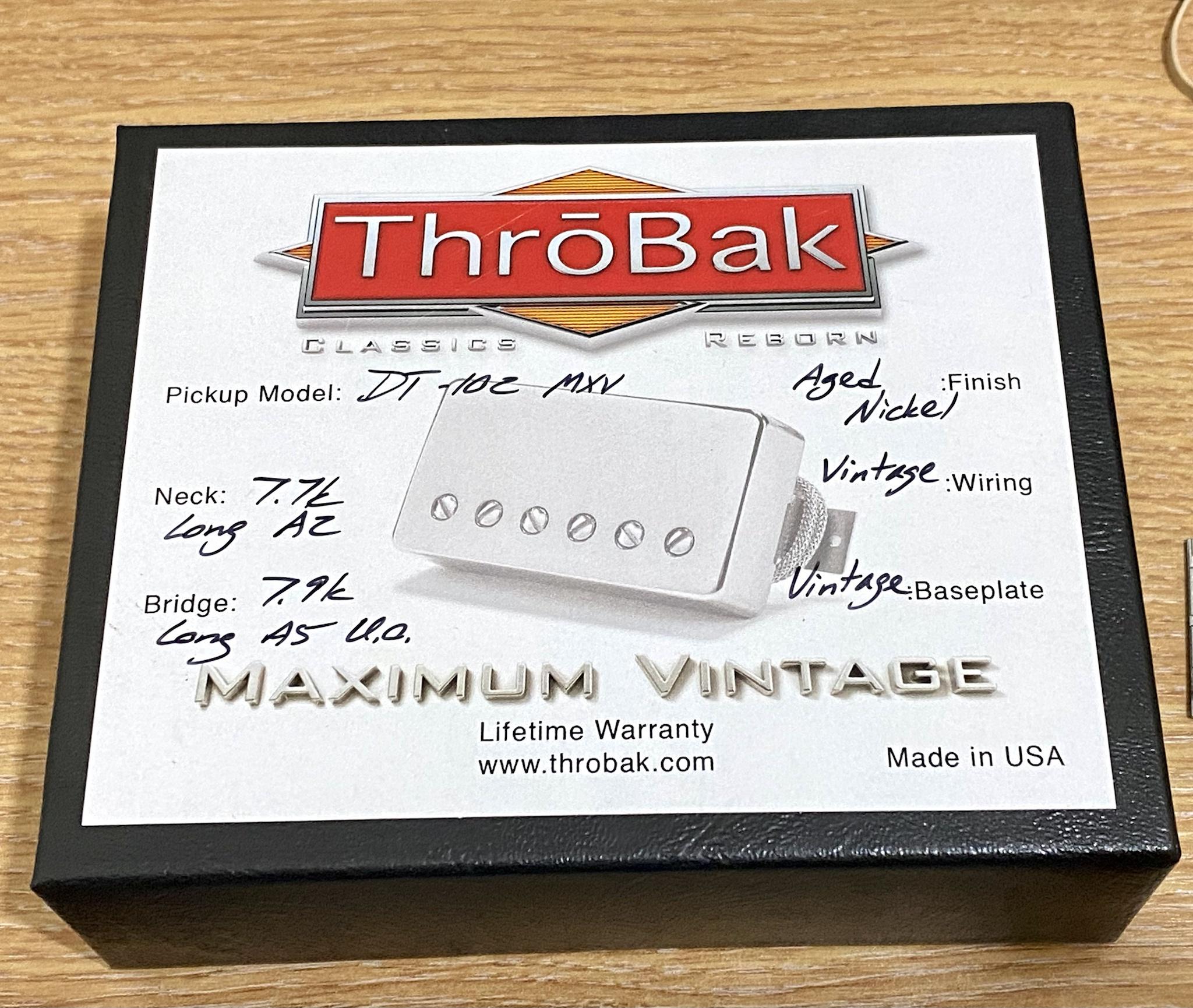 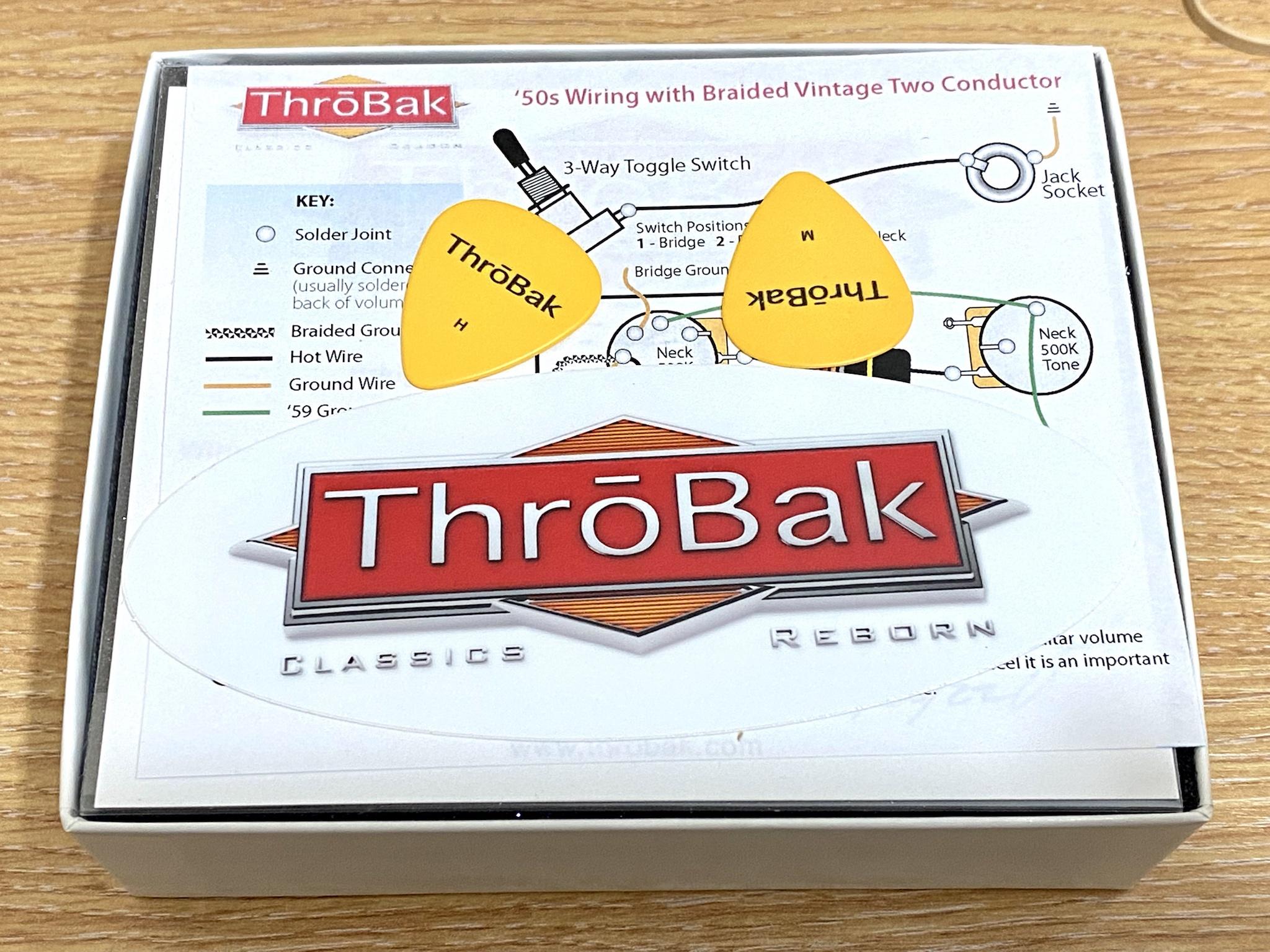 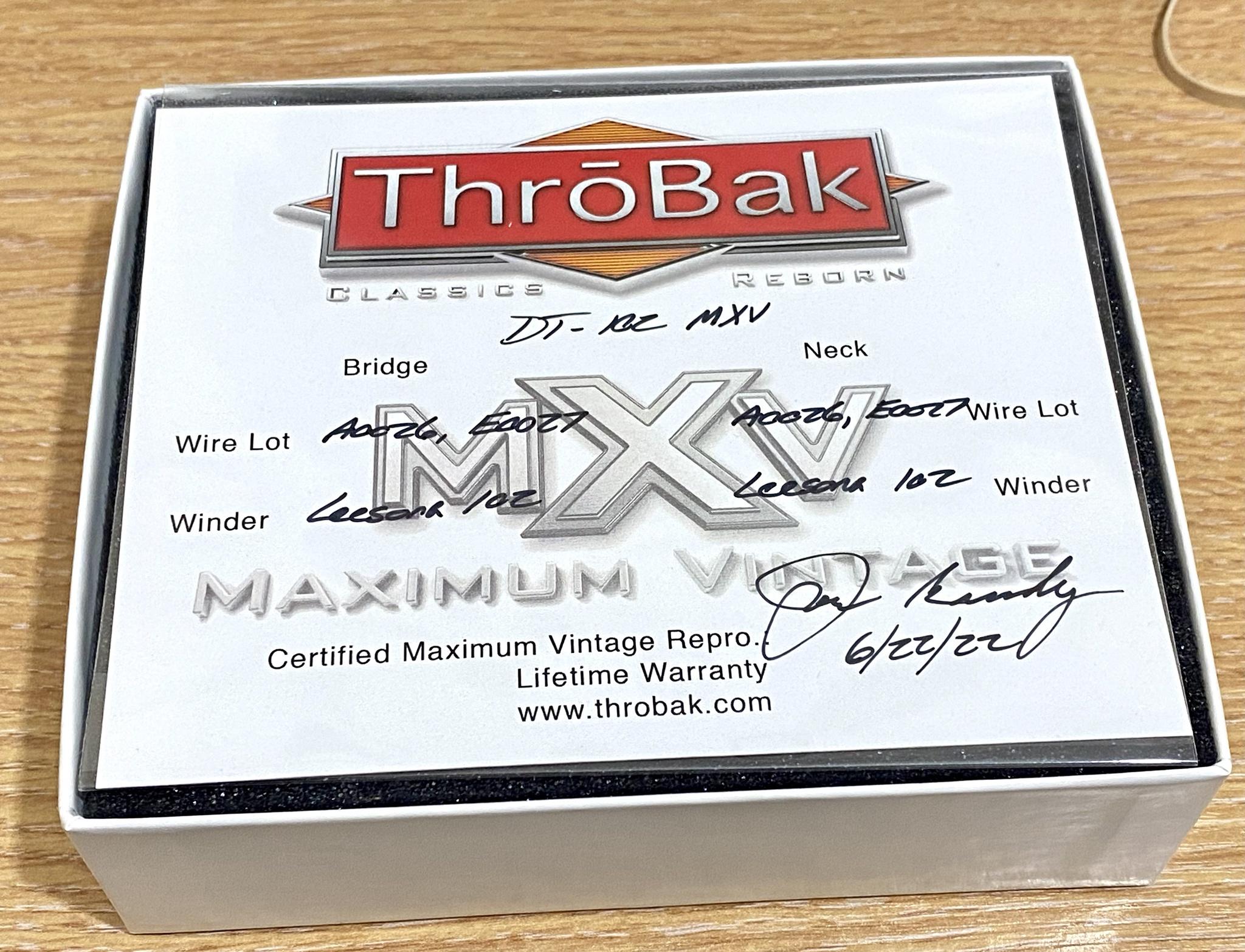 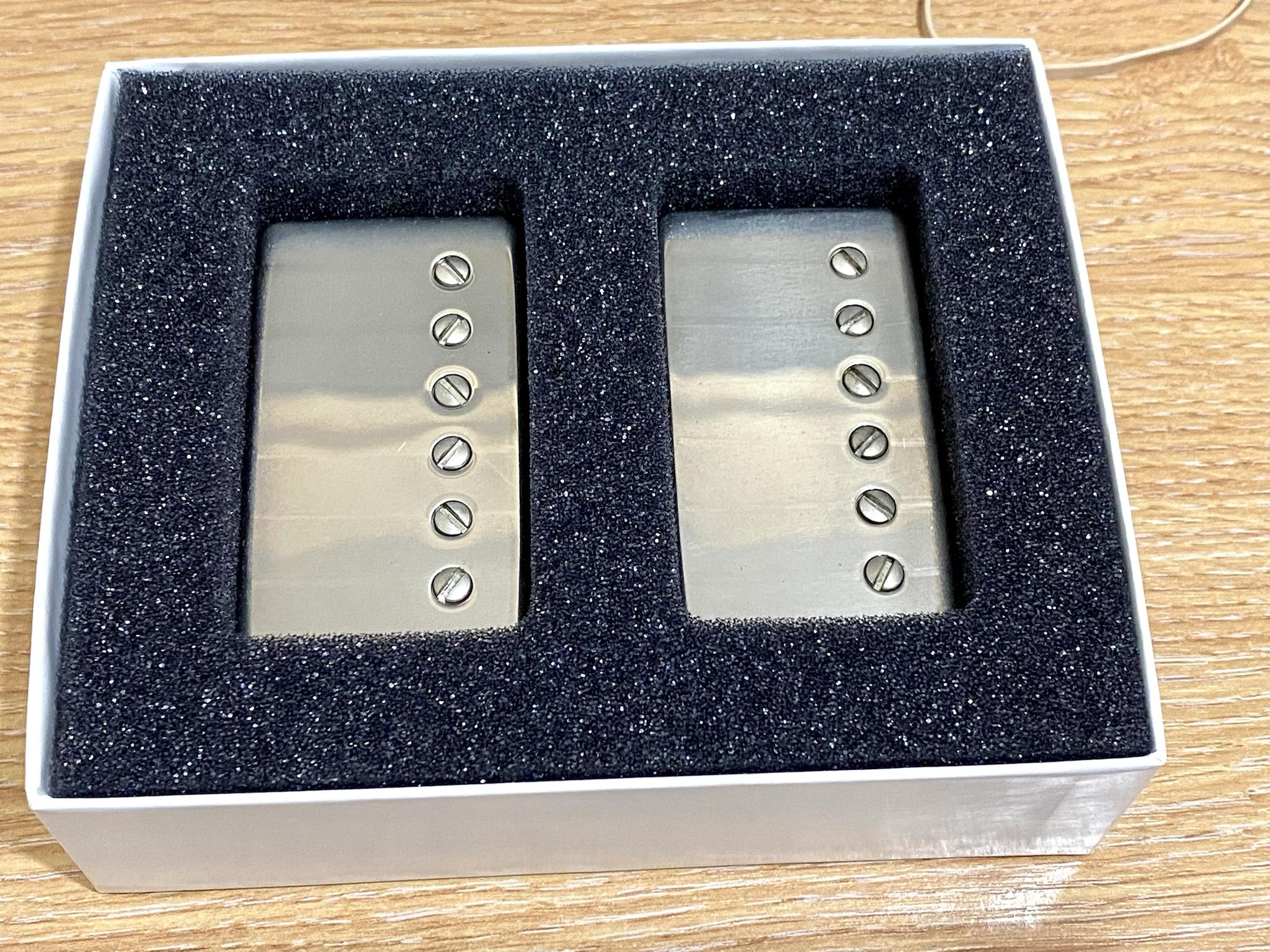 So, I was initially worried because I ‘thought’ that the sle-101’s would be more my thing a2 mags etc & that I ‘normally’ don’t like modern a5 mags the few yt vids seem to make these out as ‘loose’ but also drier sounding with a bright bridge - so not my thing at all !

However! - I’ve ‘just’ put these in so it’s the honeymoon period - lol ! - initial impressions: Firstly I didn’t need to adjust them very much as a they sounded spot on & balanced really well - The Tones - a very nice articulate dry sound from the neck - a round, fat, but also tight sounding bridge! - the middle position is also very nice.

The original early pafs I have are a bit higher dc but also soft/sweet sounding.

These throbaks are ever so slightly harder edged but also rounded in a very, very nice way.

It’s early days & my first set of throbaks, but I’m very impressed especially as I was expecting a spiky sound from the a5 & hours of tinkering trying to get them to sound right.

I’m glad you like them. I’ve had two sets - the Peter Green and another that came in a LPC I bought. I sold both and didn’t find them all that special.

Build quality is nice and they’re really easy to sell. Obviously I’m in the minority but I would rather have a set of Imperials or Custombuckers or something.
S

Amp360 said:
I’m glad you like them. I’ve had two sets - the Peter Green and another that came in a LPC I bought. I sold both and didn’t find them all that special.

Build quality is nice and they’re really easy to sell. Obviously I’m in the minority but I would rather have a set of Imperials or Custombuckers or something.
Click to expand...

- it’s still the very early days, I just wanted to record my findings ‘so far’ as I expected the worst lol! but was pleasantly surprised by what I initially heard…

The unpotted custom buckers that came out were too modern sounding I thought, lots of overtones, but quite fuzzyish sounding from the a3 magnets - These throbaks have a nice chirpy middle position that I’m really liking.

Let’s see where they go….

Yeah, you may love them, a lot of people do. I really wanted to love them but they just don't work for me. They're certainly made well with quality parts and also in demand. Hopefully,, you dig them!
J

I thought about the DT-102 set for an SG. Ultimately, decided to go with my original plan of installing a set of ESG-102Bs. Found a never installed set for a price I couldn’t pass up.

I own the PG-102, Koss-301 and ER Customs. Love them all. Only set of Throbaks I wasn’t a big fan of was the Pre-T set. Could have been the guitar. Both are now long gone.

JLee said:
Only set of Throbaks I wasn’t a big fan of was the Pre-T set. Could have been the guitar. Both are now long gone.
Click to expand...

1) - a reissue les paul is ‘never’ going to sound as a vintage one does - with that said….

2) - these pickups have seriously elevated this guitar. The guitar was better than the pickups when I got it, now it’s the other way!

3) - They are ‘very’ sensitive to heigh adjustment & have a lot of power for a low wind pickup.

4) - the neck ‘so far’ is very even sounding, dryish tone & bright - bridge is’very nice’ with fat, bright, cutting ‘but not harsh’ sound. Mid position, really enjoyable (where I play most).

5) - these pickups seem to ‘enjoy’ - very high gain and just seem to keep lapping up gain with no problems & seem to sound better in a gained up scenario - although they can do quiet jazzy cleans, there isn’t the front end of note 335 style of softness that I’d perhaps like to hear.

6) the tone keeps getting better as the pickups ‘burn in’ they’re opening up more each time I play them which I’ve not encountered before.