Johnny B / Rajin Cajun for sale

Why hasn't anyone removed that fugly plaque yet?
B

cause the spot under it is way fuglyier

I'd prefer a large unfaded rectangle over the plaque personally, assuming the adhesive hasn't either already chemically reacted with the finish or will remove the finish if removed.
B

This is a later 60 so its not faded. its just badly damaged finish which is nearly the length of the plaque likely from whatever glue was put on it.

Johnny B was apparently the original Johnny A -hole

I went to Rumble Seat last summer, and the folks there were really nice. There was only one burst in there at the time (the one nicknamed "Bubbles", a very faded lemon burst '59 which was awesome). Didn't get to play it, but they did let me noodle on a special order custom shop prototype.

In response to Johnny B., I don't know how to feel about keeping the name on it. Always thought it was tacky, and LPs look good worn; at the same time, if the original owner put it there, there's something cool about that. Keep it in the case at least.

Rajin' Cajun is my favorite Joey B Burst. I've got tickets to see him in March; a little upset I won't get to see it, but I'm sure he'll have Carmelita, Spot, the Runt, or some other cool Burst with him. Not going to damper my spirits. Any burst is a cool burst!
B

He has sold most of the ones you listed also lol. He has a new early 60 with him and snake bite.

Snakebite is 9-1948 if I'm not mistaken. What's kind of interesting is that he seems to be liking the later 60's necks more (Think also about Cousin Jethro and Johnny Fever, which were both later 60's). The early 60's have a little bit of a fatter neck (I was lucky to feel the neck of the early 60 currently for sale at Carter Vintage https://cartervintage.com/products/gibson-les-paul-standard-1965). I'm by no means an expert on bursts, but as a guy who likes a little bit of a bigger neck on some guitars, I loved it.
E

I owned Johnny B. before Joe owned it. I bought it years ago from Eliot at Rumbleseat when they were still in Ithaca. It’s a great guitar and sounds and plays great. Serial number 0 8145. I bought another ‘60 and sold Johnny B.
Looking back at it, I probably would have had the scar under the plaque professionally restored by a pro. That being said, I saw Joe play it and it (he) sounded incredible. That being said, I don’t think he would have bought it if it didn’t have the plaque and Johnny B. story behind it. When I bought it, Eliot had two other bursts, “The Babe” with the short Bigsby and I believe the Skinner burst (it was some time ago. I think Joe bought “The Babe” from Eliot a little time later. That being said, Johnny B. was the best sounding of the three and the least expensive at the time. Still, the scar and plaque puts it in a great starter burst category. The cache and providence of being toured and recorded by Joe has added a premium on the guitars price today.

That's awesome. So I'd assume that the plaque was there for a good while. What is it made of? It kinda just looks like paper to the naked eye.

Speak of the devil, Johnny B. just sold!
E

AJ42 said:
That's awesome. So I'd assume that the plaque was there for a good while. What is it made of? It kinda just looks like paper to the naked eye.

Speak of the devil, Johnny B. just sold!
Click to expand...

The plaque is a very hard plastic. Joe told me he replaced it with a repro but I'd be the original is still on the case. I played it out for years with the plaque removed.

IIRC, the scar was from Johnny B's cufflinks?
E 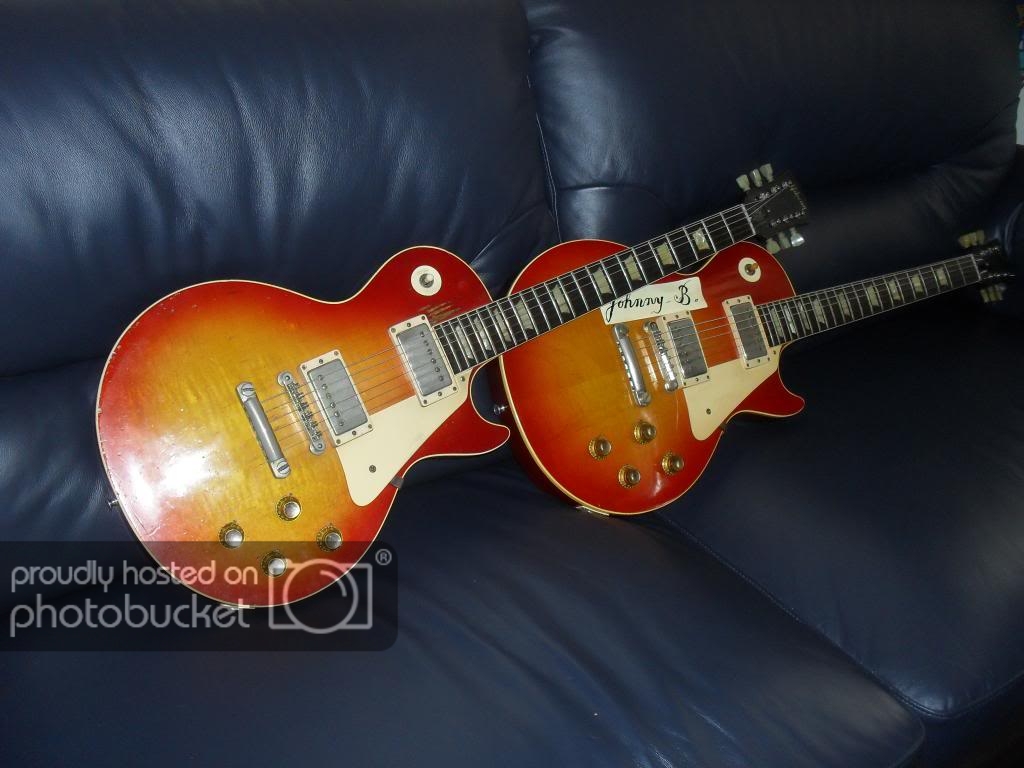 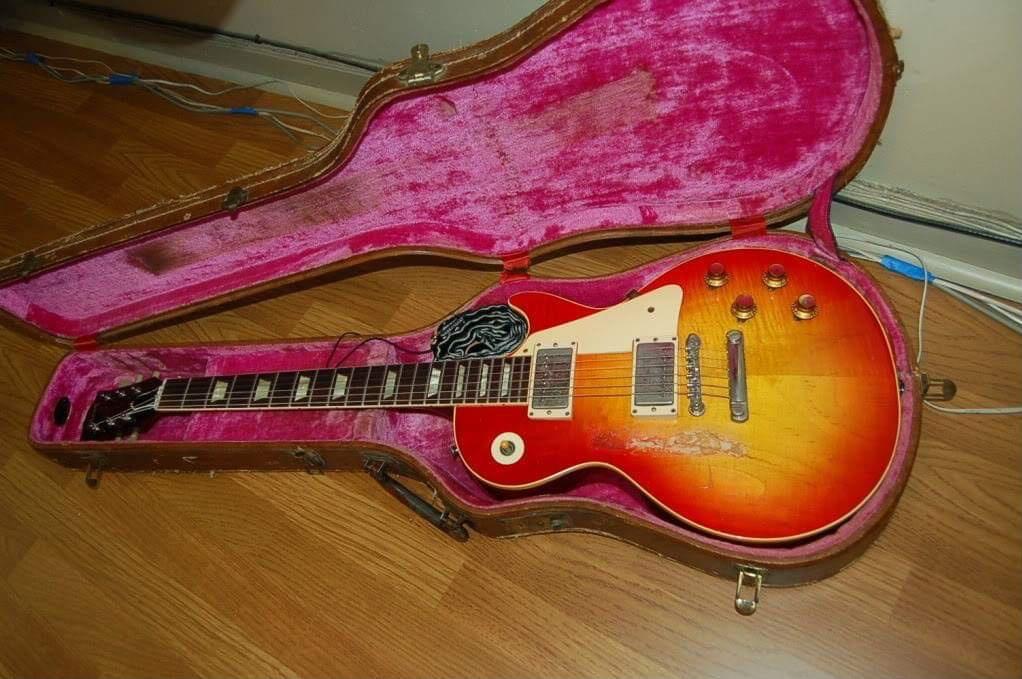 the real question should be, If JB sold a burst whats coming into the barn to fill its stall

MattD1960 said:
the real question should be, If JB sold a burst whats coming into the barn to fill its stall
Click to expand...