I Named My Les Pauls Today

My old Les Paul Custom is called Got Away
I murdered a motherfucker with that guitar in 1982 beat him to death
Stayed in tune too -- like a Tele.
T

Well, I screwed up and got a 3rd Les Paul. This one's an R8 and he's "Earl" (The Duke of Earl). My Fender's are starting to complain as they're feeling a little left out at the moment.

P.S. I really have to learn out to resize these pics and still keep the good reso.

tybone said:
Do any of you name your guitars?
Click to expand...

Not usually, however, I have a Cadillac Green Gretsch 5420 called 'Charlotte' (affectionately) after an 'ex', because it's curved in all the right places, full of air and (a bit) green.
A blackguard Tele called 'Marilyn'... 'cos 'Gentlemen Prefer Blondes'.
My 60th Annie R9 is called 'Whitney', because 'she's' beautiful and has the voice of an angel (after Ms Houston).
My R7 is called 'Shirley', because of 'Goldfinger' - Dame Shirley Bassey sings the song, and the actress who played the girl who got painted is called Shirley Eaton.

I would name one of my guitars Nancy, after Nancy Wilson of Heart.

That's not creepy, is it?

Nicely dones with the names - I love Bonnie!

Only one LP of mine has a name, the one in the middle below is Williams. I'd seen it for sale on an app for almost a month and it was a killer deal (about 60% of the price it would be now) but it was in the middle of nowhere and collection only. Then I got invited to my friend's wedding which just so happened to be SEVEN miles away. So of course on the way to the wedding I stopped by to pick it up - the wedding was the Williams family, hence the name. 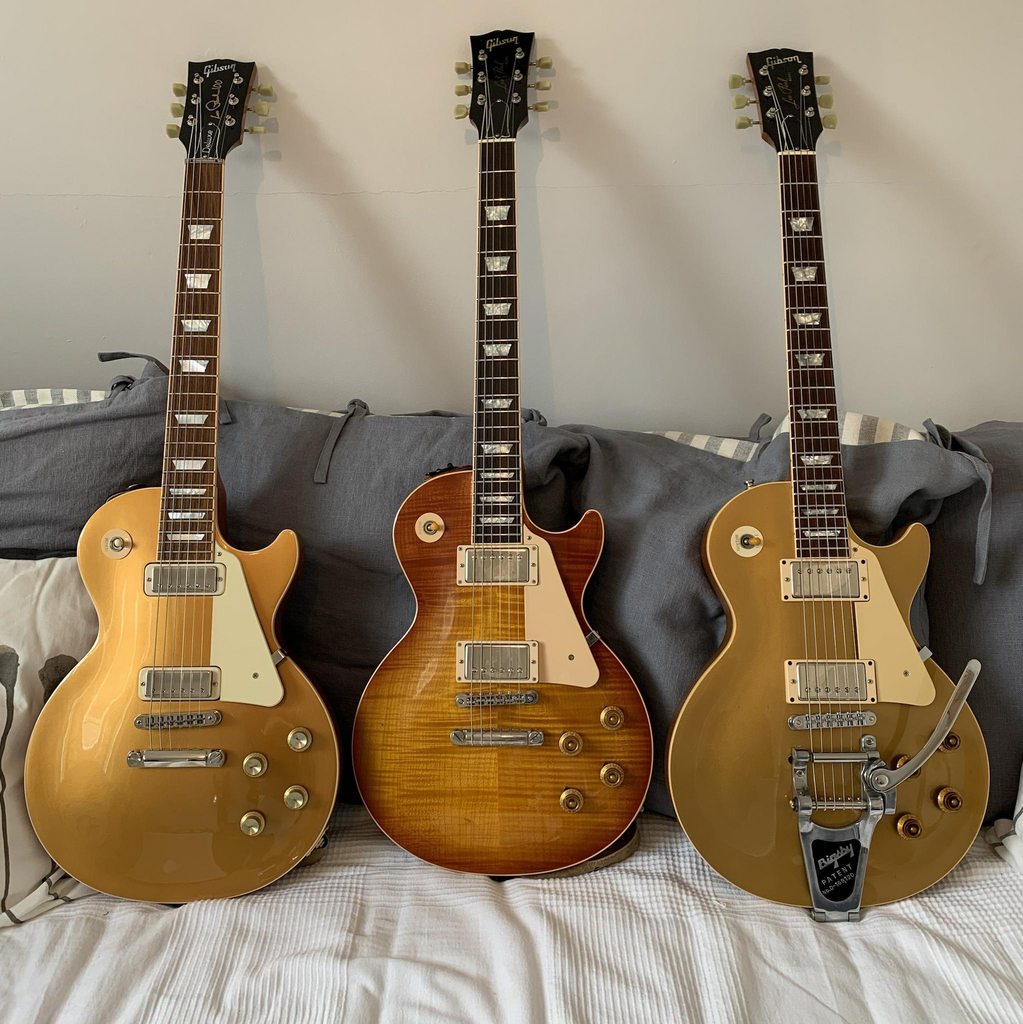 This is my No1. She's an all original '81 Firebrand The Paul.
I call her Mary-Anne. ..because she isn't all glamour and an attention grabber like Ginger, but there's a bit more depth to her and she's not as high maintenance. She's got girl-next-door beauty and given a bit of time with her, she wins you over. 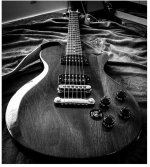 Reminds me....Why do men always have a nickname for their penis?


You don't want some stranger making 95% of your decisions.

IMMUSICRULZ said:
I would name one of my guitars Nancy, after Nancy Wilson of Heart.

Nancy is a cool name
M

I don't really mean to name my guitars, it just happens. Like my Les Paul is named Scarface cause I obliterated the headstock and after it got repaired the face of the headstock had 2 big noticeable cracks or "scars".

My partscaster is a mashup between a 70's Tele Deluxe and a Les Paul Special. It's got a mahogany T-style body (from an old Fender Jim Root tele) with a natural finish, Gibson P94 pickups, a custom maple neck with Goncalo Alves fretboard, and LPS wiring with a regular LP 3 way toggle. I originally had named it "Turd Ferguson" (RIP Norm) cause its all brown and looks like a turd, but I changed it to "Boss Hogg" cause its Mahogany lmao.

Only my '59 LPC, "Marv" from Mr Tarplin who played with Smoky Robinson and The Miracles.

SpencerD said:
My old Les Paul Custom is called Got Away
I murdered a motherfucker with that guitar in 1982 beat him to death
Stayed in tune too -- like a Tele.
Click to expand...

I think a name change to The Untruth is in order

IMMUSICRULZ said:
I would name one of my guitars Nancy, after Nancy Wilson of Heart.

I think Rory Gallagher named one of his guitars Nancy too.
S

garywright said:
I think a name change to The Untruth is in order
Click to expand...

Since I only have two, The Standard and The Custom works for me. 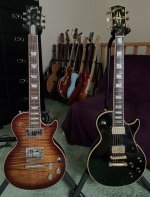