I got to play the real Goldie

Just got back from TDY in Carmel, CA. During my limited free time (a short day was 12 hours), I made it over to Rumble Seat Music in Carmel-By-The-Sea. I saw a "Goldie" on display on the wall and asked if it was the Custom Shop version. I was told no, it was the real one. I asked if I could hold it, and was told "Sure, why don't you plug her in and play her?" I almost fainted. Anyway, they plugged me into the bright side of a vintage Blackface Bassman and let me have at it. I'm a lousy player and I was scared to death I would drop her, but I managed to crank out a few lead lines that didn't sound half bad. My hands were shaking when I finally handed her back over. It was truly an uplifting experience. My thanks go out to the guys at Rumble Seat. 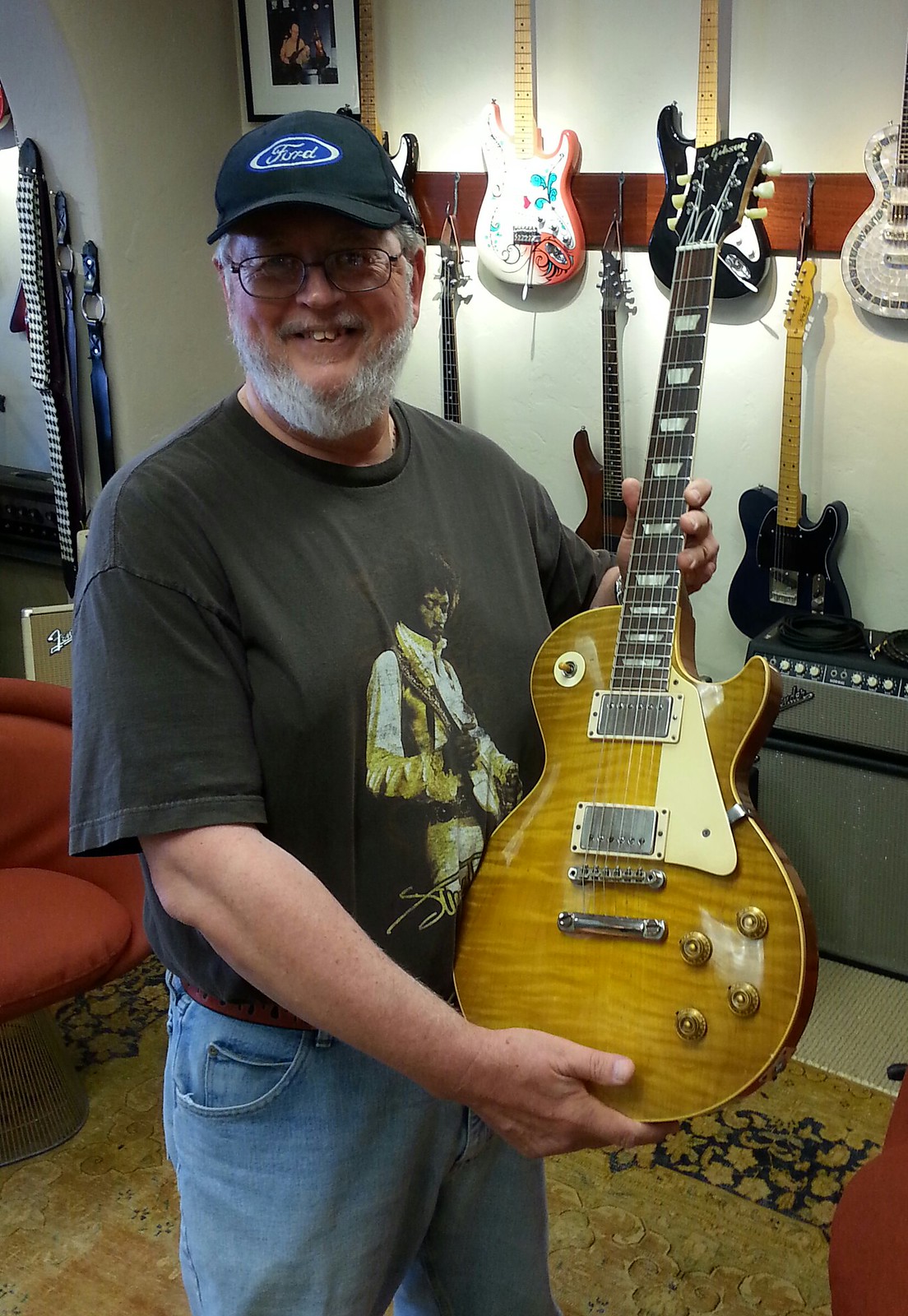 I was told she was only on loan for display purposes.

It really was. I had read some reviews on YELP saying that the staff was stiff and not very friendly. I found the opposite to be true. When my friend and I got there, there was another guy trying out a vintage Strat. He was a much better player than me, so one salesman (not even sure that is the right term for these guys) was dealing with him and the other one talked to us. After the other guitarist left, all four of us started chatting and they were more then willing to answer our questions no matter how dumb. It was then that the offer to play Goldie was made. I wish we had more time but we had a 30 mile drive in the mountains to meet the rest of our team at the test site where we would be working and had to leave.

You are one lucky guy!!
Congrats:dude:

Slashburst said:
You are one lucky guy!!
Congrats:dude:
Click to expand...

Thanks. Just in the right place at the right time. :biggrin:

It's always a pleasure to play a real sunburst Les Paul, glad you got to do it!
Cheers...

bern1 said:
It's always a pleasure to play a real sunburst Les Paul, glad you got to do it!
Cheers...
Click to expand...

Probably my first, last, and only time I'll have the pleasure. :dang

A really feel good thread Bluesky. Big congratulations, and thanks for sharing your wonderful experience.

Kudos to the ATC, allowing that wonderful guitar to be made available to guitar lovers!:dude:

It definitely was the highlight of my trip. :hank

CDaughtry said:
Kudos to the ATC, allowing that wonderful guitar to be made available to guitar lovers!:dude:
Click to expand...

YELP Sucks! I've usually found the opposite of what's up there to be correct..

TM1 said:
YELP Sucks! I've usually found the opposite of what's up there to be correct..
Click to expand...

The most negative post was by some woman who claimed her boyfriend, who is an expert classical guitarist, was basically ignored when they went to Rumble Seat. Not sure if it was the Carmel or New York shop. It certainly was the exact opposite of my experience.
You must log in or register to reply here.
Share:
Facebook Twitter Reddit Pinterest Tumblr WhatsApp Email Share Link
Top